Why Should You Choose AngularJS for Your Next Frontend Development project?

Front-end development is responsible for enhancing the brand’s web interaction and visuals. And choosing the right framework can make a big difference. The ideal framework embraces benefits such as a streamlined development process, enhanced performance, security, scalability, and reliability.

AngularJS is one of the powerful frameworks with robust features, a large ecosystem of tools, and a broad user base. It is best suited for customized enterprise-level apps since it improves code’s readability and makes it easier to maintain.

In this article, you will learn about Angular, reasons behind its popularity, and benefits.

A JavaScript MVC framework developed by Google, AngularJS aims to simplify both the development and testing of applications. It enables developers to build well-structured, maintainable, and easily testable front-end apps. What’s more? This framework embraces an integrated toolset, which helps them to build rich client-side apps with less code and more flexibility.

●     According to Statista, Angular has ranked among the most used web frameworks among software developers across the globe as of 2022. 20.39% of developers reported using Angular as a framework. 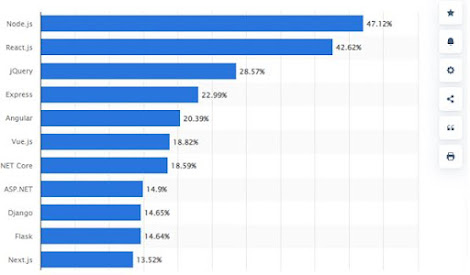 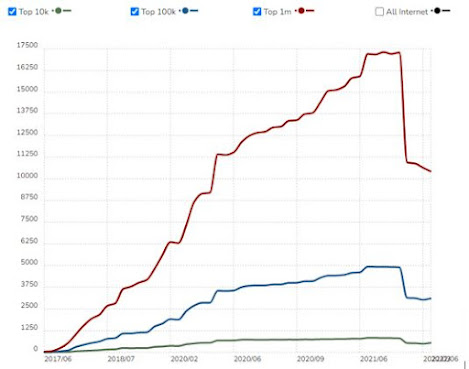 ●     After its emergence, AngularJS gained popularity quickly in 2009. It’s worth mentioning that it ranks first with 59.4k stars on GitHub.

AngularJS has got better with time. It includes rich functionalities and features, which has made it versatile in the web development industry. It is impossible to build single-page applications (SPAs) without AngularJS.

Because of the benefits of AngularJS framework, it is used by many big companies such as PayPal, Snapchat, Netflix, Forbes, Microsoft Office, Amazon, Samsung, Grasshopper, etc. Check out why AngularJS is the best to choose for your next frontend development project.

AngularJS is a programming language with power-packed features such as data binding, content sanitization, form validation, animations, directives, etc. Because of these features, Angular provides high performance. This way, it is fast and easy to adopt for beginners. It lets developers write short but effective code, thus saving them a lot of time and efforts. Furthermore, it supports the MVC architecture.

Quality assessment is one of the challenging and time-consuming processes in web application development. It is a tedious process, especially if the application is large or complex. However, Angular has some attributes, such as real-time and in-built test modules, which offer deep insights into already developed modules. Therefore, developers can save a considerable amount of time and simultaneously work on testing the components of modules. In addition, it gives a clear idea to developers where improvements are needed.

There are testing features such as dependency injection offered by AngularJS, which gives the way to see how web app components are generated. In addition, testing features make resolving their dependencies easier, testing their apps in real-time, and checking errors.

AngularJS is a robust framework, which helps in boosting app performance. Moreover, it comes with a better Integrated Development Environment (IDE) than other JavaScript frameworks.

It has powerful features such as animations, API Client, routing, filters, form validations, and animations. All these features facilitate the whole web development process by making it simpler and quicker. Hence, it’s safe to say AngularJS is a high-performing framework. 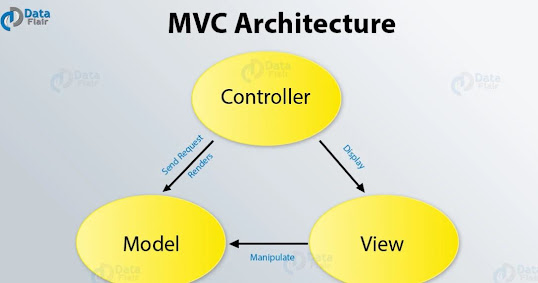 AngularJS works on the POJO model, i.e., Plain Old JavaScript Object model. The best thing about this model is it is highly functional. The earlier data models were used only to monitor the data flow within the application. But, the POJO model offers brilliant objects and logic. Additionally, the POJO model delivers common features of JavaScript for object manipulation. It also helps to create objects which are both spontaneous and well-planned.

Lastly, since AngularJS uses the POJO model, it decreases coding and does not consider any Getter & Setter functions. Developers can also make edits directly on POJO. This model offers all mandatory JavaScript functionalities for object manipulation. 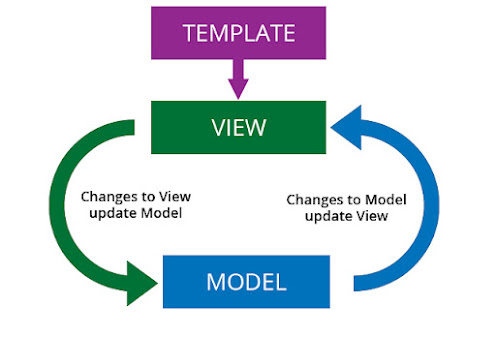 The dual data binding is achieved by ng-model directive as it transfers data from the view to the model and from the model to the view.

Below, you can see the example, which shows how the ng-model directive is used for dual data binding.

Angular supports two-way data binding to synchronize the data between model and view components. It means that if any changes happen in the backend, developers can easily make changes in the frontend without disturbing the coding part of the application. Furthermore, developers also need to write fewer lines of coding. Even though there are complex web apps, Angular makes front-end development streamlined and more flexible.

HTML is widely known for its user interface property. It is a declarative language, which means that it is intuitive and structured. AngularJS uses HTML script to specify the code and design an engaging user interface, which allows developers to write code. That’s why, the AngularJS framework is responsible for creating an engaging, lightweight, and feature-rich application.

After its release, AngularJS has marked its presence in a short time. It is used by Goliaths like PayPal, Amazon, and Netflix. In addition, single-page web apps like Gmail use Angular. Do you have a new front-end development project in your mind? You can hire qualified angular developers who have expertise in building scalable web apps. You can make the most out of your front-end development projects with Angular.