Cyberattacks in 2022: The five you need to know about

The face of cybersecurity is constantly changing. Ransomware attacks have seen a huge growth in recent years and 2022 has even seen the emergence of ransomware as a service.

With nearly three-quarters of all ransomware payments making their way to Russia, there was a lot of talk of a new frontier in cyberwar when Putin’s forces invaded Ukraine. 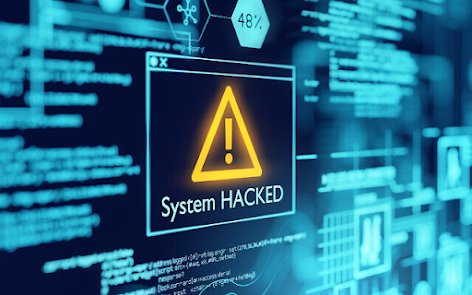 While mass attacks and online outages haven’t yet emerged from the war, cybercrime is still a scourge.

2022 has already seen some major companies have to deploy their online defenses and take a financial hit, even if they didn’t all pay a ransom.

In this article, we’re going to look at the different tactics hackers have used and the impact on the operations of some of the biggest cyberattacks of 2022 so far.

The year started rather badly at one of the biggest cryptocurrency exchanges, Crypto.com. In an unattributed attack, millions of dollars worth of coins were taken from customer wallets.

A total of 483 users lost a combined $35 million of ETH and BTC. While it isn’t the biggest crypto exchange hack on record - that dubious honor belongs to Ronin Network, losing $614 million in 2021 - it wasn’t a great start to the year.

The losses were covered by the company and it has since changed its authentication processes.

One of the biggest chip makers in the world, Nvidia faced an online attack early on in 2022. Initial reports of the attack suggested that the attackers were business rivals from China but it was later attributed to the Russian-based cyber gang Lupus$.

More than 1TB of data was stolen from Nvidia’s servers, including schematics and source code for its products. After leaking a tranche of employee data online, the hackers went on to publish this demand:

“We want nvidia to push an update for all 30 series firmware that remove every lhr limitations otherwise we will leak hw folder. If they remove the lhr we will forget about hw folder (it's a big folder). We both know lhr impact mining and gaming." (sic)

Nvidia didn’t report any adverse effects from the attack and it was never disclosed if a payment was made to the hackers.

Major companies have been forced to get smarter with their cybersecurity but they can’t always control their suppliers. Blame wasn’t immediately assigned, but we do know that there were at least three attacks over an 11-day period.

Plastic parts supplier Kojima Industries faced a hack in February which forced production to halt at 14 Toyota factories across Japan. In turn, the car manufacturer saw a dip in production of up to 5%.

Soon after, both Denso and Bridgestone came under attack. While both were confirmed as ransomware attacks, no details were released about resolution or payments.

As one of the biggest tech companies in the world, it’s easy to see why hackers want to go after the golden goose that is Microsoft. The same group that hit Nvidia in February broke into Microsoft and accessed products such as Bing and Cortana.

A spokesperson confirmed that there was no negative effect posed by the attack. The hackers may have been able to view product source code, but that in itself didn’t compromise proprietary information.

Both the finance and health ministries came under fire in the Central American nation of Costa Rica. Huge ransoms were demanded of up to $20 million by the hacking collective Conti when they disrupted customs and tax filing processes and stole taxpayer data.

Soon after, on 31 May HIVE went for the social security systems. Thousands of Costa Ricans were unable to access healthcare or collect prescriptions while the hackers demanded $5 million in Bitcoin.

How to stay safe from hacks

While the attacks we’ve mentioned are on a massive scale against global organizations and governments, there are still lessons to be learned.

Good online security is as simple as:

●      being savvy about what you believe when you open an email or see a deal;

●      and using a VPN trial location changer that’ll hide your location and encrypt your data.