I've used the sbinary library before and it's very nice. The documentation is a little sparse but I would suggest first looking at the old wiki page as that gives you a starting point. Then check out the test specifications, as that gives you some very nice examples.

The primary benefit of sbinary is that it gives you a way to describe the wire format of each object as a Format object. You can then encapsulate those formatted types in a higher level Format object and Scala does all the heavy lifting of looking up that type as long as you've included it in the current scope as an implicit object.

As I say below, I'd now recommend people use scodec instead of sbinary. As an example of how to use scodec, I'll implement how to read a binary representation in memory of the following C struct:

A matching Scala case class would be:

I'm making things a bit easier for myself by just saying we're storing Strings instead of Chars and I'll say that they are UTF-8 characters in the struct. I'm also not dealing with endian details or the actual size of the long and int types on this architecture and just assuming that they are 64 and 32 respectively.

I'd encourage you to look at the Scaladocs and not at the Guide as there's much more detail in the Scaladocs. The guide is a good start at the very basics but it doesn't get into the composition part much but the Scaladocs cover that pretty well.

If you are looking for a Java based solution, then I will shamelessly plug Preon. You just annotate the in memory Java data structure, and ask Preon for a Codec, and you're done. 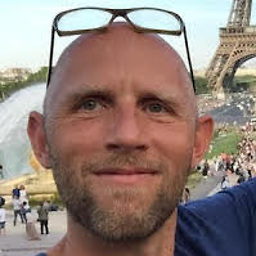 Byteme is a parser combinators library for doing binary. You can try to use it for your tasks.

I don't know what you mean with "by hand" but using a simple DataInputStream (apidoc here) is quite concise and clear:

Taken from another SO question: http://preon.sourceforge.net/, it should be a framework to do binary encoding/decoding.. see if it has the capabilities you need

Scala itself doesn't have a binary data input library, but the java.nio package does a decent job. It doesn't explicitly handle unsigned data--neither does Java, so you need to figure out how you want to manage it--but it does have convenience "get" methods that take byte order into account.