Yes this is normal, this is the default behavior. You can change it by excluding some folders (see the doc available here : https://github.com/mpeltonen/sbt-idea at Exclude some folders)

So what is the difference between .idea and .idea_modules?

In short a project can be multi-module or single-module and also contains IntelliJ libraries.

In longer version from the doc (http://confluence.jetbrains.com/display/IDEADEV/Structure+of+IntelliJ+IDEA+Project)

In IntelliJ IDEA, a project encapsulates all your source code, libraries, build instructions into a single organizational unit. Everything you do in IntelliJ IDEA, is done within the context of a project. A project defines some collections referred to as modules and libraries. Depending on the logical and functional requirements to the project, you can create a single-module or a multi-module project.

A module is a discrete unit of functionality that can be run, tested, and debugged independently. Modules includes such things as source code, build scripts, unit tests, deployment descriptors, etc. In the project, each module can use a specific SDK or inherit SDK defined on the project level (see the SDK section later in this document). A module can depend on other modules of the project.

Yes, it is ok for that SBT plugin for IDEA.

Usually IDEA project consists of top-level .idea directory (which contains configuration common to the project) and several *.iml files, one for each module in the project (module-specific configuration, like facets, excluded directories, custom dependencies). These files are usually located in the top-level directories of corresponding modules.

On the other hand, SBT plugin does something unusual. It creates standard .idea directory, but it stores all project modules in one location, namely .idea_modules directory in the top-level directory of the project. This is fully supported by IDEA project structure, which is a set of XMLs after all.

As for project directory/module, it is a standard feature of SBT builds. It contains your build configuration. See SBT manual on this.

The foregoing was about SBT plugin which is currently present in plugins repo. There is an official SBT plugin in active development which keeps familiar modules structure (no .idea_modules directory) and has higher integration with SBT. The latter is most prominent in dependency management - official plugin extracts dependencies, even unmanaged, and makes them available for the IDE; current SBT plugin cannot do that. 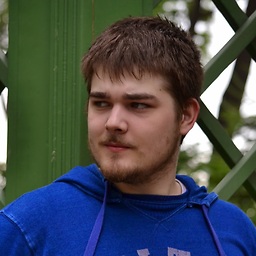