[Solved]-How to create a Scala class with private field with public getter, and primary constructor taking a parameter of the same name-scala

Whether this is indeed a design flaw is rather debatable. One would consider that complicating the syntax to allow this particular use case is not worthwhile.

Also, Scala is after all a predominantly functional language, so the presence of vars in your program should not be that frequent, again raising the question if this particular use case needs to be handled in a special way.

However, it seems that a simple solution to your problem would be to use an apply method in the companion object:

Here is a solution similar to what you originally requested, but that changes the naming a bit:

The concept you are trying to express, which is an object whose state is mutable from within the object and yet immutable from the perspective of other objects ... that would probably be expressed as an Akka actor within the context of an actor system. Outside the context of an actor system, it would seem to be a Java conception of what it means to be an object, transplanted to Scala.

Not sure about earlier versions, but In Scala 3 it can easily be implemented like follows:

This solution is exactly what you asked; in a principled way and without any ad hoc workaround e.g. using companion objects and the apply method. 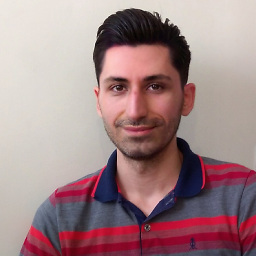