They're both object oriented languages for the JVM that have lambdas and closures and interoperate with Java. Other than that, they're extremely different.

Groovy is a "dynamic" language in not only the sense that it is dynamically typed but that it supports dynamic meta-programming.

Scala is a "static" language in that it is statically typed and has virtually no dynamic meta-programming beyond the awkward stuff you can do in Java. Note, Scala's static type system is substantially more uniform and sophisticated than Java's.

Groovy has "accidental" multiple dispatch due to the way it handles Java overloading.

Both Scala and Groovy support a form of multiple inheritance with mixins (though Scala calls them traits).

Both Scala and Groovy are eagerly evaluated by default. However, Scala supports call-by-name parameters. Groovy does not - call-by-name must be emulated with closures.

Scala does not have built in selection of arithmetic operators in quite the way that Groovy does. In Scala you can name methods very flexibly.

Groovy has the elvis operator for dealing with null. Scala programmers prefer to use Option types to using null, but it's easy to write an elvis operator in Scala if you want to.

Finally, there are lies, there are damn lies, and then there are benchmarks. The computer language benchmarks game ranks Scala as being between substantially faster than Groovy (ranging from twice to 93 times as fast) while retaining roughly the same source size. benchmarks.

I'm sure there are many, many differences that I haven't covered. But hopefully this gives you a gist.

Is there a competition between them? Yes, of course, but not as much as you might think. Groovy's real competition is JRuby and Jython.

Who's going to win? My crystal ball is as cracked as anybody else's.

Scala also has dynamica compilation and I have done it using twitter eval lib (https://github.com/twitter/util ). I kept scala code in a flat file(without any extension) and using eval created scala class at run time. I would say scala is meta programming and has feature of dynamic complication Scala has a much steeper learning curve than Groovy. Scala has much more support for functional programming with its pattern matching and tail based recursion, meaning more tools for pure FP.

You've hit the nail on the head with the static and dynamic typing. Both are part of the new generation of dynamic languages, with closures, lambda expressions, and so on. There are a handful of syntactic differences between the two as well, but functionally, I don't see a huge difference between Groovy and Scala.

Scala implements Lists a bit differently; in Groovy, pretty much everything is an instance of java.util.List, whereas Scala uses both Lists and primitive arrays. Groovy has (I think) better string interpolation.

Scala is faster, it seems, but the Groovy folks are really pushing performance for the 2.0 release. 1.6 gave a huge leap in speed over the 1.5 series.

I don't think that either language will really 'win', as they target two different classes of problems. Scala is a high-performance language that is very Java-like without having quite the same level of boilerplate as Java. Groovy is for rapid prototyping and development, where speed is less important than the time it takes for programmers to implement the code. 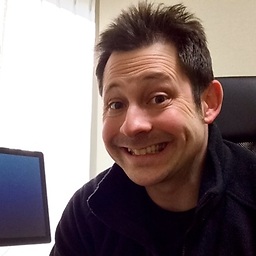 Scala has Actors, which make concurrency much easier to implement. And Traits which give true, typesafe multiple inheritance.

scala is meant to be an oo/functional hybrid language and is very well planned and designed. groovy is more like a set of enhancements that many people would love to use in java. i took a closer look at both, so i can tell :)