then create a ProcessBuilder

Then you have two options:

If you want to handle the input and output of the process you can use ProcessIO:

If I understand the dialog so far, one aspect of the original question is not yet answered:

The primary difficulty is that all of the classes involved in spawning a process must run on the JVM, and they are unavoidably terminated when the JVM exits. However, a workaround is to indirectly achieve the goal by leveraging the shell to do the "detach" on your behalf. The following scala script, which launches the gvim editor, appears to work as desired:

It assumes that scala is in the PATH, and it does (unavoidably) leave a JVM parent process running as well.

Documenting process a little better was second on my list for probably two months. You can infer my list from the fact that I never got to it. Unlike most things I don't do, this is something I said I'd do, so I greatly regret that it remains as undocumented as it was when it arrived. Sword, ready yourself! I fall upon thee!

The following function will allow easy use if here documents:

Sadly I was not able to (did not have the time to) to make it an infix operation. Suggested calling convention is therefore:

It would be call if anybody could give me a hint on how to make it a more shell like call:

Has anybody got an example on how to actually start a process?

And, which is most interesting for me: Can you detach processes?

Most of what you'll do is related to sys.process.ProcessBuilder, the trait. Get to know that.

There are implicits that make usage less verbose, and they are available through the package object sys.process. Import its contents, like shown in the examples. Also, take a look at its scaladoc as well.

Process was imported from SBT. Here's a thorough guide on how to use the process library as it appears in SBT. 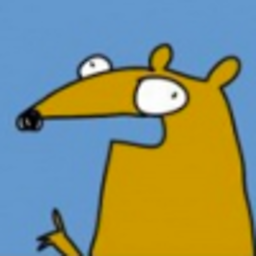 I'm pretty sure detached processes work just fine, considering that you have to explicitly wait for it to exit, and you need to use threads to babysit the stdout and stderr. This is pretty basic, but it's what I've been using: