If you want to start all of your apps with a single command using docker, the only option is docker-compose.

Using docker-compose is just for test purposes or a very limited production infrastructure. Best approach is to have your artifacts in different host each one.

Please read these to understand some points:

When you use docker-compose, all the services are deployed in the same machine, but each one in a container. And just one process is running inside a container.

So if you enter into a container (for example a web in nodejs) and list the process, you will see something like this:

So, if the nodejs web needs to connect to the database, from inside, must need the ip instead localhost of postgress database because inside of nodejs container, just one process is running in the localhost:

When we have several containers (docker-compose) with dependencies between them, docker proposes us :

As a summary, with these features, docker create a kind of "special network" in which all your container leave in peace without complications of ips!

Just for test, quickly deploy or in a very limited production environment you could use a new feature in latest version of docker-compose(1.29.2) and docker.

Add this at the end of your docker-compose

this to all of your containers

And if some container needs the host ip, use host.docker.internal instead of the ip

Finally in the containers that use host.docker.internal add this:

Note: This was tested on ubuntu, not on mac or windows, because no bodies deploy its real applications on that operative systems

In my opinion, Docker links or networks are a kind of illusion or deceit because this only works in one machine (develop or staging), hiding dependencies from us and other complex topics, which are required when your apps leave your laptop and go to your real servers ready to be used by your users.

Anyway if you you will use docker-compose for developer or real purposes, these steps will help you to manage the ips between your containers:

Also in your react app read the url of your api using a var instead proxy in package.json:

Check this to learn how read environment variables from react app.

Here you can find a more detailed steps of how use MACHINE_HOST variable and its use: 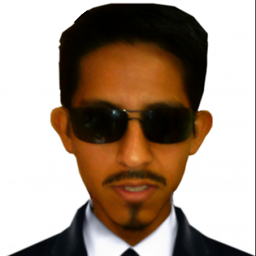