[Solved]-How can I use React Material UI's transition components to animate adding an item to a list?-Reactjs

I updated your Sandbox code to achieve what you wanted, but I don't think MaterialUI is the best library for that (I could be missing a better way to do it).

The challenge is that when you add a new item, that doesn't exist in the DOM yet. And most of those animation libraries/components require the element to be in the DOM and they just "hide" and "show" it with a transition time.

I had a similar situation and after some research, the better library I found that can handle animation for elements that are not yet in the DOM, was the Framer Motion. (You can check their documentation for mount animations)

Anyway, here is the link for the new Code Sandbox so you can take a look. The changes I made:

In the map function that creates your list using the <Collapse /> component, there was a function to get a random integer and assign that as a key to your component. React needs to have consistent keys to properly do its pretenders, so removing that random number fixes the issue where your "Toggle" button wasn't animating properly. (If your list of items doesn't have an unique ID, just use the index of the map function, which is not a good solution, but still better than random numbers).

Added a new function to control the toggle

The approach here was: add the item in your list and, after the element is in the DOM, close the <Collapse />, wait a little bit and open it again (so you can visually see the animation). In order to do that, we needed a new "toggle" function that can explicit set the value of the collapse.

Added a variable timeout for the collapse

The last issue was that, closing the <Collapse /> when the new item is added, was triggering the animation to close it. The solution here was to dynamically change the timeout of the collapse, so you don't see that.

When adding the element to the list, wait to trigger the animation Again, to work around the issue with elements not yet in the DOM, we need to use a setTimeout or something to wait to toggle the <Collapse />. That was added in your add() function.

Again, this is a hacky solution to make <Collapse /> from MaterialUI work with elements that are not yet in the DOM. But, as mentioned, there are other libraries better for that. 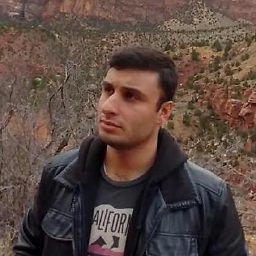 Ended up here earlier on and then came back to create a sandbox showing hopefully a simple method for this scenario. The material-ui docs are a bit (lot) light in this area and I was fighting with a very similar situation, but I tried something with TransitionGroup from react-transition-group, crossed my fingers and it seemed to work.

The gist is that you

e.g. In its most simple setup where "items" is an array of unique numbers coming from either props, state or a redux store

With this setup I have found that I didn't need to put any props on the TransitionGroup or Collapse, and the TransitionGroup handled all the mounting and unmounting in the loop rendering. Material UI doesn't produce the lightest of HTML output, but I guess it's all rendered on the fly so maybe that makes it better (unless you have thousands of elements, then things start to drag).

You can even go a step further and wrap the whole thing in another TransitionGroup to cover situations where you want to remove the whole thing without transitioning all of the individual items - in this instance I switched it to a <Slide>. I was absolutely certain that this wouldn't work, but it seemed to not care. You can also try and be semantic and use the "component" property rather than wrapping in another element e.g.

I have changed the sandbox in the following ways

Hope this helps someone in the future.