If you want your parent component to update it's state (and update the child's props) you need to declare your text variable like this:

Text is your variable, it is now included within your component's state and will be remembered when the component re-renders. You can give this any name you want.

setText is a function which updates your text variable and also re-renders your component and it's children. You can give this any name you want.

"This is the original text" is your initial state, the initial value for your text variable.

To update your state you can do something like this:

So in your case it will look something like this:

useEffect is necessary to be able to define your setTimeout as soon as the component mounts. It can be use to execute some code as soon as a certain variable (defined between the [] brackets) updates. For example: If you wrote it like this:

It would execute some code as soon as your text variables changes. Leave the [] brackets empty to only trigger useEffect when the component mounts and unmounts. 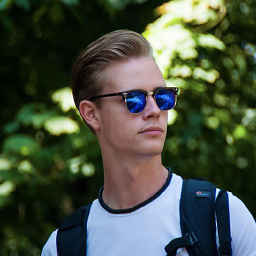 You have two choices, either follow the react hooks example posted by Luze (which is missing the useEffect function that will trigger the setTimeout after the component loads), or transform your parent component to a class, as follows: