[Solved]-ReactJS: Why is passing the component initial state a prop an anti-pattern?-Reactjs

Disclaimer: When I answered this question I was learning / trying to implement vanilla Flux and I was a bit skeptic about it. Later on I migrated everything to Redux. So, an advice: Just go with Redux or MobX. Chances are you won't even need the answer to this question anymore (except for the science).

And here is what you should do:

Try to make your components as stateless as possible. Stateless components are easier to test because they render an output based on an input. Simple like that.

But hey.. my components data change.. I can't make them stateless

Yes you can, for most of them. In order to do that, select an outer component to be the state holder. Using your example, you could create a Dashboard component that contains the data, and a Widget component that is completely stateless. The Dashboard is responsible for getting all the data and then rendering multiple Widgets that receive everything they need through props.

But my widgets have some state.. the user can configure them. How do I make them stateless?

Your Widget can expose events that, when handled, cause the state contained in Dashboard to change, causing every Widget to be rerendered. You create "events" in your Widget by having props that receive a function.

Ok, so now, Dashboard keeps the state, but how do I pass the initial state to it?

You have two options. The most recomended one, is that you make an Ajax call in the Dashboard getInitialState method to get the initial state from the server. You can also use Flux, which is a more sophisticated way for managing data. Flux is more of a pattern, rather than an implementation. You can use pure Flux with the Facebook's implementation of the Dispatcher, but you can use third-party implementations like Redux, Alt or Fluxxor.

Alternatively, you can pass this initial state as a prop to the Dashboard, explicitly declaring that this is just the initial state.. like initialData, for instance. If you choose this path, though, you can't pass a different initial state to it aftwards, because it will "remember" the state after the first render.

You are not quite right in your definitions.

State is used to store mutable data, that is, data that is going to change during the component life-cycle. Changes in the state should be made through the setState method and will cause the component to re-render.

Props are used to pass in imutable data to the components. They should not change during the component life-cycle. Components that only use props are stateless.

This is a relevant source on the "how to pass the initial state to components". 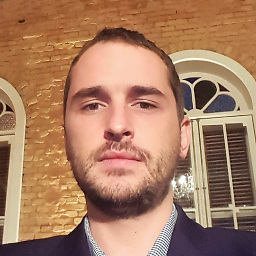