I could handle the issue on a Linux machine.

On Windows 10 machine, in the container, I run the following command:

Then, I encountered the following error:

The build failed because the process exited too early. This probably means the system ran out of memory or someone called kill -9 on the process.

I have learned that the issue is swap space:

Note that I encountered the error I have mentioned above in the first run of npm run build. After this attempt, I tried second run and it built successfully. I could do second run in Dockerfile with following commands:

Node limits it's heap to 512M by default. Passing the environment variable in the RUN command worked for us. 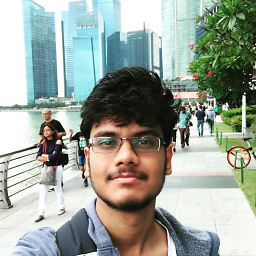 And remember you need to increase memory size from Docker settings.

The NODE_OPTIONS solution did not work for me, I am using Node v14 and React Scripts v4.

Added to my Dockerfile right before the build command.