If I understand correctly, you have a parent component that is passing start_time down to the ModalBody component which assigns it to its own state? And you want to update that time from the parent, not a child component.

React has some tips on dealing with this scenario. (Note, this is an old article that has since been removed from the web. Here's a link to the current doc on component props).

Using props to generate state in getInitialState often leads to duplication of "source of truth", i.e. where the real data is. This is because getInitialState is only invoked when the component is first created.

Whenever possible, compute values on-the-fly to ensure that they don't get out of sync later on and cause maintenance trouble.

Basically, whenever you assign parent's props to a child's state the render method isn't always called on prop update. You have to invoke it manually, using the componentWillReceiveProps method. 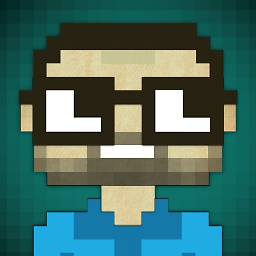 I think use ref is safe for me, dont need care about some method above.

It's quite clearly from their docs:

The op's derivation of state is a direct manipulation of props, with no true derivation needed. In other words, if you have a prop which can be utilized or transformed directly there is no need to store the prop on state.

Given that the state value of start_time is simply the prop start_time.format("HH:mm"), the information contained in the prop is already in itself sufficient for updating the component.

However if you did want to only call format on a prop change, the correct way to do this per latest documentation would be via Memoize: https://reactjs.org/blog/2018/06/07/you-probably-dont-need-derived-state.html#what-about-memoization

The data source of the form must be based on user input, in the case that the user has entered, any situation resulting in the update of the subcomponent, will trigger componentWillReceiveProps or getDerivedStateFromProps operation, at this time, the value after comparison is certainly not equal, after the execution of setState, the value of the user input will be changed, is not this a mistake?

Erasing state when props change is an Anti Pattern

Since React 16, componentWillReceiveProps is deprecated. From react documentation, the recommended approach in this case is use Can this method be migrated to class components？ 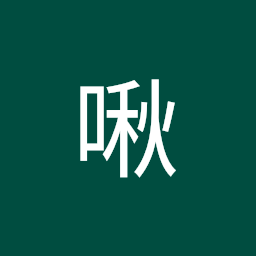 1. Set a key from the parent

When a key changes, React will create a new component instance rather than update the current one. Keys are usually used for dynamic lists but are also useful here.

By using getDerivedStateFromProps you can reset any part of state but it seems a little buggy at this time (v16.7)!, see the link above for the usage

There is also componentDidUpdate available.

Use this as an opportunity to operate on the DOM when the component has been updated. Doesn't get called on initial render.

See You Probably Don't Need Derived State Article, which describes Anti-Pattern for both componentDidUpdate and getDerivedStateFromProps. I found it very useful.

The new hooks way of doing this is to use useEffect instead of componentWillReceiveProps the old way:

becomes the following in a functional hooks driven component:

we set the state using setState, using useEffect we check for changes to the specified prop, and take the action to update the state on change of the prop.

componentWillReceiveProps is being deprecated because using it "often leads to bugs and inconsistencies".

If something changes from the outside, consider resetting the child component entirely with key.

Providing a key prop to the child component makes sure that whenever the value of key changes from the outside, this component is re-rendered. E.g.,

While this may sound slow, the performance difference is usually insignificant. Using a key can even be faster if the components have heavy logic that runs on updates since diffing gets bypassed for that subtree.

Apparently things are changing.... getDerivedStateFromProps() is now the preferred function.

(above code by danburzo @ github )