[Solved]-Uncaught Error: Invariant Violation: Element type is invalid: expected a string (for built-in components) or a class/function but got: object-Reactjs

In my case (using Webpack) it was the difference between:

The second one works while the first is causing the error. Or the opposite.

@Balasubramani M saved me here. Wanted to add one more to help people. This is the problem when you're gluing too many things together and being cavalier with versions. I updated a version of material-ui and need to change

I had the same issue and the issue was some js files were not included in the bundling of that specific page. Try including those file and problem might be fixed. I did this:

and it fixed up the issue for me.

This was while I was using React in Dot NEt MVC

I've discovered another reason for this error. It has to do with the CSS-in-JS returning a null value to the top-level JSX of the return function in a React component.

I would get this warning:

Warning: React.createElement: type is invalid -- expected a string (for built-in components) or a class/function (for composite components) but got: null.

Followed by this error:

Uncaught Error: Element type is invalid: expected a string (for built-in components) or a class/function (for composite components) but got: null.

I discovered it was because there was no CSS with the CSS-in-JS component that I was trying to render. I fixed it by making sure there was CSS being returned and not a null value. 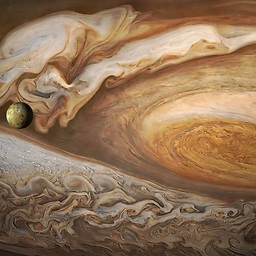 I'm getting almost the same error:

Uncaught (in promise) Error: Element type is invalid: expected a string (for built-in components) or a class/function (for composite components) but got: object.

I was trying to import a pure functional component from another node library my team has developed. To fix it, I had to change to an absolute import (referencing the path to the component inside node_modules) from 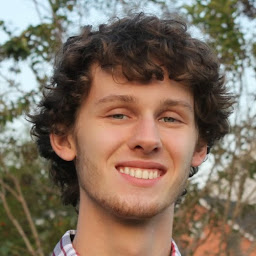 In my case it ended up being the outer component imported like this:

where an inner component imported the React bare:

and dotted into it for declaration: 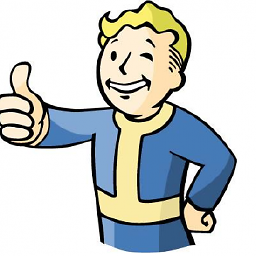 In my case, it took me a bunch of time to search out and checked may ways but only fixed by this way: remove "{", "}" when importing a custom component:

My wrong way was:

Because in the orderDetail.js file, I exported OrderDetail as the default class:

I got this error while upgrading all libs to latest version

in older version following are imports

but in new version they are replaced with following 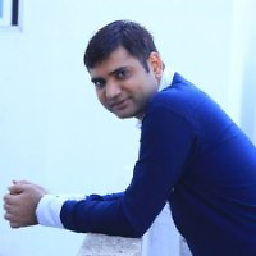 In my case, it was the meta tags.

I guess MetaTags is a default export, So changing to this solved it for me, took hours to figure out which one was causing it. 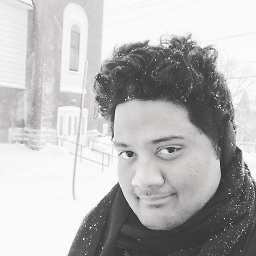 exporting at the bottom of the file might solve it. 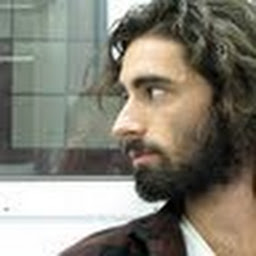 By mistake i tried to import Container and Content from react-native instead of native-base.

Error because of this line:

Below is the code fix:

Are you tired of naive import/export answers while you're nesting components?

Well, I've been, too, when trying to pass in props from parent to child, and the child was supposed to render sibling component.

and you're trying to render in somewhere in Settings.Dialog.tsx the

(yes, it's a handy way to pass components parent->child, especially when they grow, but here it breaks), but it'll cause the Uncaught Error: Invariant Violation: Element type is invalid: expected a string (for built-in components) or a class/function but got: object error.

What you can do, to fix it, and still use the BaseButton, is to simply import it separately.

and in parent simply

What you're trying to achieve will be the same, and will fix this unintuitive, in this scenario, error.

In my examples, I've assumed that BaseDialog has a required prop with a name title. 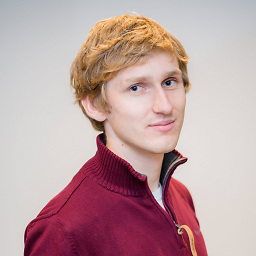 Error? its definitely an import or export issue , you are reffering to a component or container that either you haven't exported from its defining script or when importing it u have used the wrong format. 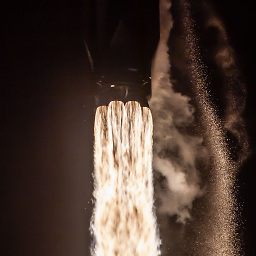 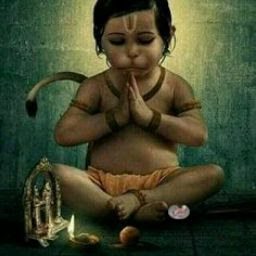 For me it was the name of app config json. In the index.js the imports were like this:

React Native does not differentiate between './app' and './app.json'. No idea why. So I've changed the name of the app.json to app.config.json and this has solved the problem: 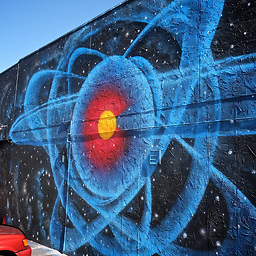 I had a similar issue, I did

This happens when you copy code from other projects ;)

I had an issue with React.Fragment, because the version of my react was < 16.2, so I got rid of it.

I was getting this issue too. My imports look fine, I could copy the contents of my copy and paste it where it was being used and that worked. But it was the reference to the component that was going wrong.

For me I just had to shut down expo and restart it. 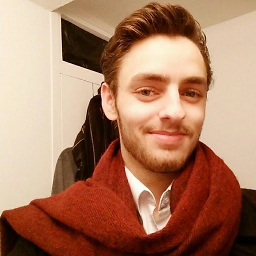 The error was fixed when I changed this code 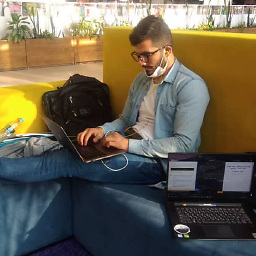 Under similar case, I had the same nasty error and I concentrated on the code but nothing above seemed to improve the situation. I was transferring from Javascript to Typescript but encountered that for some weird reason I had BOTH files at the same time. Removing the JS version solved it, that may save somebody's time. 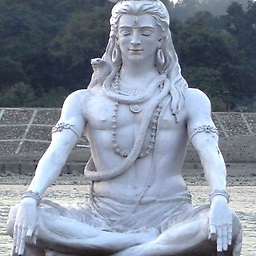 The problem can also be an alias used for a default export.

solved the issue for me.

I was the same problem because I did import incorrect library, so i checked the documentation from the library and the route was changed with the new versión, the solution was this:

and I was writing the incorrect way: 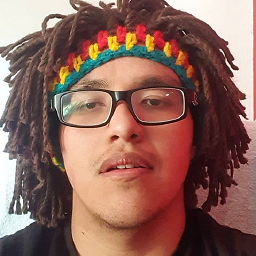 Just want to add a case to this question. I walked around this issue by swapping the order of import, for example in my mixed of imports before:

In addition to import/export issues mentioned. I found using React.cloneElement() to add props to a child element and then rendering it gave me this same error.

I had to change:

I was getting this error also. The error was being caused by trying to export a component like this...

My understanding is that by adding the "()" at the end of the component, I was actually calling the function instead of just referencing it.

I did not see this in the answers above, but may have missed it. I hope it helps someone and saves some time. It took me a long time to pinpoint the source of this error! 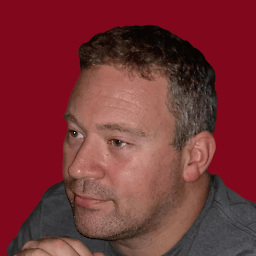 And in my case I was just missing a semicolon at the import-decleration in one of my sub modules.

Fixed it by changing this:

In my case, the import was happening implicitly due to a library.

I managed to fix it by changing

I ran into this error when I had a .jsx and .scss file in the same directory with the same root name.

So, for example, if you have Component.jsx and Component.scss in the same folder and you try to do this:

Webpack apparently gets confused and, at least in my case, tries to import the scss file when I really want the .jsx file.

I was able to fix it by renaming the .scss file and avoiding the ambiguity. I could have also explicitly imported Component.jsx

In my case I was using the default export, but not exporting a function or React.Component, but just a JSX element, i.e.

I got this error in react routing, problem was that I was using

and it worked. (Just avoid the braces around the component) 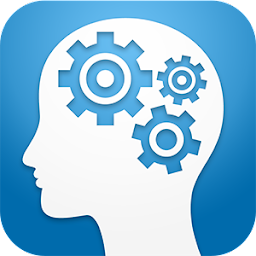 Another possible solution, that worked for me:

Forcing NPM/Yarn to use 5.x solved it for me.

Had similar issue with React Native latest versions 0.50 and up.

For me it was a difference between:

(the latter fixed the issue). Took me hours to catch this weird, hard to notice nuance :(

Just as a quick addition to this. I was having the same problem and while Webpack was compiling my tests and the application was running fine. When I was importing my component into the test file I was using the incorrect case on one of the imports and that was causing the same error.

Note that the import name myComponent depends on the name of the export inside the MyComponent file.

I got this by doing import App from './app/'; expecting it to import ./app/index.js, but it instead imported ./app.json. 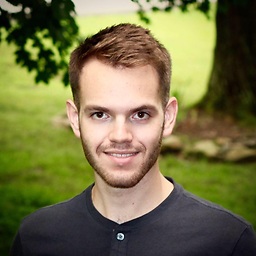 I was having the same issue and realized that I was providing an Undefined React component in the JSX markup. The thing is that the react component to render was dynamically calculated and it ended up being undefined!

Invariant Violation: Element type is invalid: expected a string (for built-in components) or a class/function (for composite components) but got: undefined. You likely forgot to export your component from the file it's defined in. Check the render method of C.,

The example producing this error:

The problem was that an invalid "uiType" was provided and therefore this was producing undefined as result: 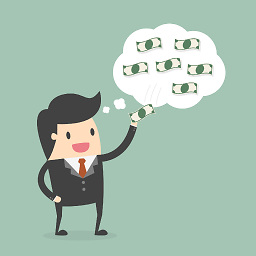 In my case, that was caused by wrong comment symbols. This is wrong: 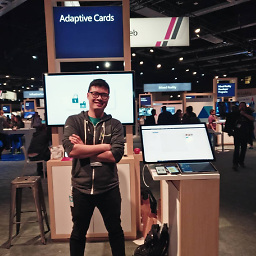 Given your error of:

'Uncaught Error: Invariant Violation: Element type is invalid: expected a string (for built-in components) or a class/function but got: object'

Then your import will need to avoid using {} around it. As in 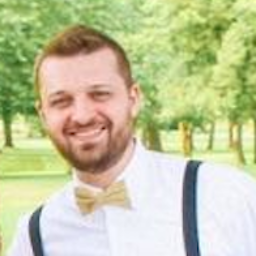 https://github.com/rackt/react-router/blob/e7c6f3d848e55dda11595447928e843d39bed0eb/examples/query-params/app.js#L4 Router is also one of the properties of react-router. So change your modules require code like that:

If you want to use ES6 syntax the link use(import), use babel as helper.

BTW, to make your code works, we can add {this.props.children} in the App, like 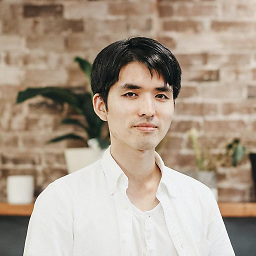 Don't get surprised by the list of answers for a single question. There are various causes for this issue;

For my case, the warning was

warning.js:33 Warning: React.createElement: type is invalid -- expected a string (for built-in components) or a class/function (for composite components) but got: undefined. You likely forgot to export your component from the file it's defined in. Check your code at index.js:13.

Followed by the error

invariant.js:42 Uncaught Error: Element type is invalid: expected a string (for built-in components) or a class/function (for composite components) but got: undefined. You likely forgot to export your component from the file it's defined in.

I couldn't understand the error since it doesn't mention any method or file name. I was able to resolve only after looking at this warning, mentioned above.

I have the following line at the index.js.

When I googled for the above error with the keyword "ConnectedRouter" I found the solution in a GitHub page.

To resolve this error, install the proper package by specifing the npm scope with @

You don't need to remove the wrongly installed package. It will be automatically overwritten.

In my case, one of the exported child module was not returning a proper react component.

The error shown was for the parent, hence couldn't figure out.

If you get this error, it might be because you're importing link using

Have you just modularized any of your React components? If yes, you will get this error if you forgot to specify module.exports, for example:

you need export default or require(path).default