[Source Code]-BestPractice: Pros and Cons for using AutoMapper or LINQ (LINQ to Objects) for mapping between a Domain Model and a Presentation Model-LINQ,C#

Quoting part of an answer from another Automapper question:

AutoMapper is an example of 2.

LINQ to Objects is an example of 1 - it just happens to be a bit less painful than writing vanila object-to-object mapping code.

Note, Automapper can be used in conjunction with LINQ (and LINQ2SQL) - yet another Automapper post which explains some of the finer points. 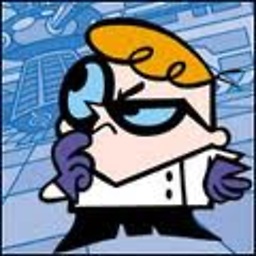 There are also disadvantages in using an AutoMapper and some of these disadvantages apply generally to programming by convention (as opposed to writing code explicitly).

Say you have two C# classes -

An AutoMapper will map between these two classes nicely with little explicit configuration required.

But later, say a developer considers renaming one of these Id properties to something different e.g.

When Visual Studio or another tool automatically renames all occurences of the variable for me in the solution, the AutoMapper mapping breaks.

I can only find this out at run time, there is no compile time problem. Ideally, I have unit tests to verify my mapping works as I hope but even so, the potential for run time errors during refactoring is a good reason to prefer writing explicit mapping code.

I am certainly not arguing to avoid AutoMapper altogether, just noting that a major problem with programming by convention.