You don't need a join for that:

Note that this will be a sequence of unique employees - so if there are any duplicates in groupA, they will only appear once in filteredEmployees. Of course, it also assumes you've got a reasonable equality comparer1. If you need to go specifically on name, you can use ExceptBy from MoreLINQ:

Or without going into a third party library:

1 As pointed out in the comments, you can pass in an IEqualityComparer<T> as an argument to Except. I have a ProjectionEqualityComparer class in MiscUtil which makes it easy to build a comparer of the kind you need:

No, a "not equal" operator would get you all combinations of groupA and groupB except the ones where the items were the same.

Using the Except method gets you what you want: 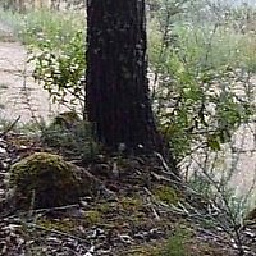