[Solved]-Executing a certain action for all elements in an Enumerable<T>-LINQ,C#

A quick-and-easy way to get this is:

As mentioned before ForEach extension will do the fix.

Alternatively, I've heard of people defining their own ForEach method off of IEnumerable. This can be accomplished by essentially calling the ForEach method, but instead wrapping it in an extension method: 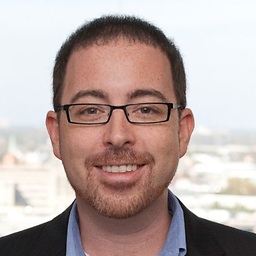 Well, you can also use the standard foreach keyword, just format it into a oneliner:

Sorry, thought this option deserves to be here :)

Because LINQ is designed to be a query feature and not an update feature you will not find an extension which executes methods on IEnumerable<T> because that would allow you to execute a method (potentially with side effects). In this case you may as well just stick with 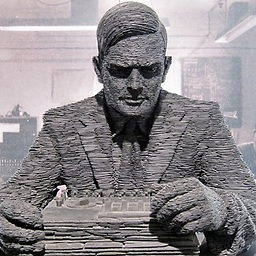 You cannot do this right away with LINQ and IEnumerable - you need to either implement your own extension method, or cast your enumeration to an array with LINQ and then call Array.ForEach():

Unfortunately there is no built-in way to do this in the current version of LINQ. The framework team neglected to add a .ForEach extension method. There's a good discussion about this going on right now on the following blog.

It's rather easy to add one though.

You are looking for the ever-elusive ForEach that currently only exists on the List generic collection. There are many discussions online about whether Microsoft should or should not add this as a LINQ method. Currently, you have to roll your own:

While the All() method provides similar abilities, it's use-case is for performing a predicate test on every item rather than an action. Of course, it can be persuaded to perform other tasks but this somewhat changes the semantics and would make it harder for others to interpret your code (i.e. is this use of All() for a predicate test or an action?).

Disclaimer: This post no longer resembles my original answer, but rather incorporates the some seven years experience I've gained since. I made the edit because this is a highly-viewed question and none of the existing answers really covered all the angles. If you want to see my original answer, it's available in the revision history for this post.

But I understand this feels unsatisfying. It may help explain why ForEach() was omitted from the framework, but fails to address the real issue at hand. You have a real problem you need to solve. Why should all this ivory tower philosophy get in the way of something that might be genuinely useful?

Eric Lippert, who was on the C# design team at the time, can help us out here. He recommends using a traditional foreach loop:

His point is, when you look closely at your syntax options, you don't gain anything new from a ForEach() extension versus a traditional foreach loop. I partially disagree. Imagine you have this:

This code obfuscates meaning, because it separates the foreach keyword from the operations in the loop. It also lists the loop command prior to the operations that define the sequence on which the loop operates. It feels much more natural to want to have those operations come first, and then have the the loop command at the end of the query definition. Also, the code is just ugly. It seems like it would be much nicer to be able to write this:

However, even here, I eventually came around to Eric's point of view. I realized code like you see above is calling out for an additional variable. If you have a complicated set of LINQ expressions like that, you can add valuable information to your code by first assigning the result of the LINQ expression to a new variable:

This code feels more natural. It puts the foreach keyword back next to the rest of the loop, and after the query definition. Most of all, the variable name can add new information that will be helpful to future programmers trying to understand the purpose of the LINQ query. Again, we see the desired ForEach() operator really added no new expressive power to the language.

However, we are still missing two features of a hypothetical ForEach() extension method:

(FWIW, most naive .ForEach() implementations also have these issues. But it's possible to craft one without them.)

You could, of course, make your own ForEach() extension method. Several other answers have implementations of this method already; it's not all that complicated. However, I feel like it's unnecessary. There's already an existing method that fits what we want to do from both semantic and operational standpoints. Both of the missing features above can be addressed by use of the existing Select() operation.

Select() fits the kind of transformation or projection described by both of the examples above. Keep in mind, though, that I would still avoid creating side effects. The call to Select() should return either new objects or projections from the originals. This can sometimes be aided through the use of an anonymous type or dynamic object (if and only if necessary). If you need the results to persist in, say, an original list variable, you can always call .ToList() and assign it back to your original variable. I'll add here that I prefer working with IEnumerable<T> variables as much as possible over more concrete types.