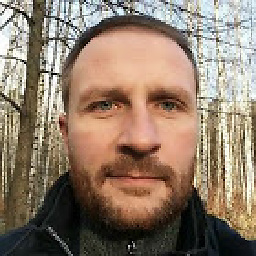 The source highlighting is better than eCobertura, the drill-down is easy to read, selecting test cases is easy, it actually provides statistics for statement, branch, loop and condition coverage ( a lot of plugins only do statement, which is kinda useless ).

We use it at our business and we found it the best plugin by far.

Not sure why I didn't see this back in January 2012, as there was clearly active development with new versions consistently being reproduced even back then.

I've since become a bit frustrated with Cobertura / eCobertura, as development since seems to have stalled, with support for current Java versions starting to be somewhat lacking.

JaCoCo may have advanced since I last looked at this in 2012 (or I simply missed it entirely, or was looking at EMMA vs. JaCoCo) - but the current version provides excellent support built-in to Eclipse (provided by EclEmma) as well as many other IDEs, support for Apache Maven, Apache Ant, command-line, Java API, and many other third-party integrations. Please refer to the complete list at http://www.eclemma.org/jacoco/trunk/doc/integrations.html .

I am now switching some of my projects over to JaCoCo from Cobertura, and am very impressed by the integration and results - both in Maven reports as well as Eclipse. Not sure about competing solutions, but JaCoCo can even be configured to fail a build if certain thresholds of code coverage are not met.

JaCoCo is specifically documented to support Java class files from version 1.0 all the way through 1.8*.

Especially as this question has unfortunately been closed, here is a mini-directory of some of the various references and resources that I used in making my decision - and which I encourage everyone here to refer to in order to make their own decisions.

It does the job, it is free and open-source, it is more up-to-date than EMMA, and it is used by most of the other online open-source projects I'm familiar with. It also integrates very well into Maven - including some rather nice-looking reports.

If you want to consider a commercial product, I'd consider Atlassian's Clover.