[Solved]-Is there an issue with putting all of my code in the argument for d3.csv()?-d3.js

Note: Since you're asking about the callback of d3.csv I'm assuming you're using D3 v4 or below, because D3 v5 uses the then method of a promise. However, the rationale is the same.

The most important information is that d3.csv, as all other D3 XHR methods, is an asynchronous function. That means that everything inside the callback runs only after the CSV was downloaded and parsed.

By the way, that explains your initial complaint ("... I have recently been encountering issues with not being able to access variables inside the d3.csv() function"). This answer is a good read on that subject.

With that in mind we have to optimise the code in such a way that things that don't depend on the data can be created/set immediately, because if we put them inside the callback we'll lose time without any good reason.

In a nutshell, you can put outside the callback things such as (but not limited to):

All those things don't depend on any data. For some of them (like the line generator, the area generator, the stack generator etc...) you'll pass the data after you have it.

Then, inside the callback, you put everything that depends on the data, such as (but not limited to):

As you can see, if you put eveything inside the callback you'll have a bunch of methods that could run immediately but, instead of that, they are just sitting there unnecessarily waiting for the data to be downloaded. 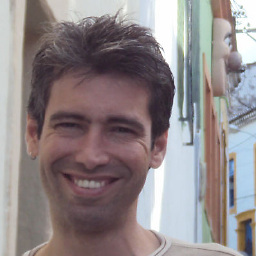