[Solved]-SVG element loses event handlers if moved around the DOM-d3.js

One solution could be to use event delegation. This fairly simple paradigm is commonplace in jQuery (which gave me the idea to try it here.)

By extending the d3.selection prototype with a delegated event listener we can listen for events on a parent element but only apply the handler if the event's target is also our desired target.

Now it doesn't matter if the events are lost when you move elements or even if you add/edit/delete elements after creating the listeners.

Here's the demo. Tested on Chrome 37, IE 11 and Firefox 31. I welcome constructive feedback but please note that I am not at all familiar with d3.js so could easily have missed something fundamental ;)

Following Makyen's useful feedback I have made a few improvements to allow the delegated listener to be applied to ALL matched children. EG "listen for mouseover on each g within svg"

Here's the fiddle. Snippet below. 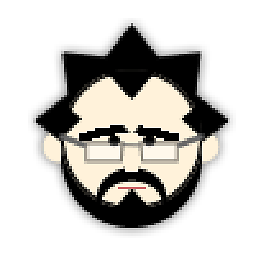 This also happens in IE prior to 11. My mental model for why this error occurs is that if you're hovering over an element and then move it to the front by detaching and re-attaching it, mouseout events won't fire because IE loses the state that a mouseover occured in the past and thus doesn't fire a mouseout event.

This seems to be why it works fine if you move all other elements but the one you're hovering over. And this is what you can easily achieve by using selection.sort(comparatorFunction). See the d3 documentation on sort and the selection.sort and selection.order source code for further details.

There is a relatively easy solution which I did not originally mention because I had assumed you had dismissed it as not feasible in your situation. That solution is that instead of multiple listeners each on a single child element, you have a single listener on an ancestor element which gets called for all events of a type on its children. It can be designed to quickly choose to further process based on the event.target, event.target.id, or, better, event.target.className (with a specific class of your creation assigned if the element is a valid target for the event handler). Depending on what your event handlers are doing and the percentage of elements under the ancestor on which you already are using listeners, a single event handler is arguably the better solution. Having a single listener potentially reduces the overhead of event handling. However, any actual performance difference depending on what you are doing in the event handlers and on what percentage of the ancestor's children on which you would have otherwise placed listeners.

The best way to implement this brute-force workaround depends greatly on the way in which you place listeners on the elements, the variety that you use, etc. This is all information which is not available to us from the question. Without that information it is not possible to make a known-good choice of how to implement this.

Using only single listeners of each type/namespace all added through selection.on():

If you have a single listener of each type.namespace, and you have added them all through the d3.selection.on() method, and you are not using Capture type listeners, then it is actually relatively easy.

When using only a single listener of each type, the selection.on() method allows you to read the listener which is assigned to the element and type.

Thus, your moveToFront() method could become:

You do not necessarily need to check for IE, as it should not hurt to re-place the listeners in other browsers. However, it would cost time, and is better not to do it.

You should be able to use this even if you are using multiple listeners of the same type by just specifying a namespace in the list of listeners. For example:

If you are using listeners which you are adding not through d3, then you would need to implement a general method of recording the listeners added to an element.

How to record the function being added as a listener, you can just add a method to the prototype which records the event you are adding as a listener. For example:

Given that you are using a general solution because you are adding some listeners not through d3, you will need to add functions to wrap the calls to however you are adding the listener (e.g. addEventListener()).

You would then need a function which you call after the appendChild in your moveToFront(). It could contain the if statement to only restore the listeners if the browser is IE11, or IE.

You will need to chose how to store the recorded listener information. This depends greatly on how you have implemented other areas of your code of which we have no knowledge. Probably the easiest way to record which listeners are on an element is to create an index into the list of listeners which is then recorded as a class. If the number of actual different listener functions you use is small, this could be a statically defined list. If the number and variety is large, then it could be a dynamic list.

I can expand on this, but how robust to make it really depends on your code. It could be as simple as keeping tack of only 5-10 actually different functions which you use as listeners. It might need to be as robust as to be a complete general solution to record any possible number of listeners. That depends on information we do not know about your code.

My hope is that someone else will be able to provide you with a simple and easy fix for IE11 where you just set some property, or call some method to get IE to not drop the listeners. However, the brute-force method will solve the problem. 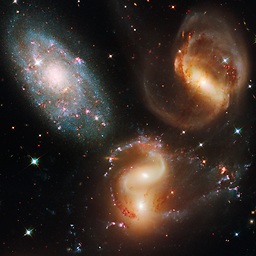