[Solved]-Display an arrow head in the middle of D3 force layout link-d3.js

Instead of placing the marker on an end, create your lines (<polyline> or <path>) with a single point in the middle of the line and use marker-mid to apply the arrowheads.

This demo for this answer of mine uses this technique to create multiple interior points along the length of a path along with marker-mid. You would simply be creating a single 'waypoint' instead of many.

Edit: Here's a simple hack to the existing demo showing what I mean: 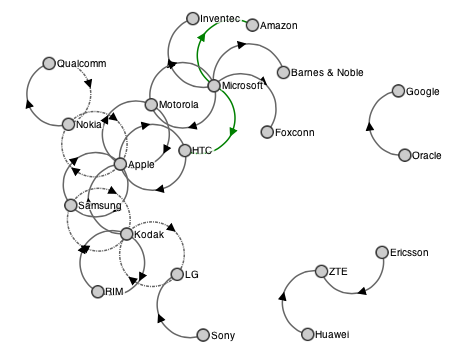 The only changes are:

It will require some simple trigonometry like Superboggly illustrates to pick an appropriate midpoint based on the amount of bowing you want in your lines.

I took a slightly different approach from Phrogz. I tried removing the path's marker and instead draw it using a new path that goes to the arc's midpoint and whose stroke is invisible. Computing the midpoint is a little finicky so if you want to change the characteristics of the arc you might be better served with Phrogz's approach, or some hybrid.

In this case the trig is not so bad because if you look closely you will notice the arc used to generate the links are from a circle with the same radius and the distance between the nodes. So you have an equilateral triangle and all you need to do really is compute the distance passed the midpoint of the link line segment to the arc midpoint.

I think I need a diagram to explain: 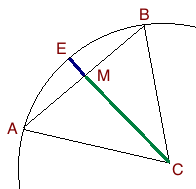 So triangle ABC is equilateral and EC bisect AB. Since we have coordinates for A and B finding M is easy (average the coordinates). It means we also know the slope from A to B (delta y / delta x) so the slope from M to E is the negative inverse. Knowing M and the slope to E means we are almost there, we just need to know how far to go.

In order for this length to make sense we will have to normalize it with the length of the slope vector, which we already know is the same as the circle's radius.

Anyway, putting it all together you get:

Check it out here. Note that my path css for the marker path's is set to a transparent red, normally you would want to set stroke to 'none' to hide the lines. 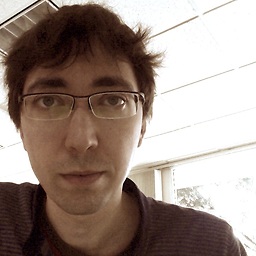 I'm the OP, this answer is just an addition to the excellent answers above for the sake of others with the same question.

The answers show how to achieve this for a graph with arc links. If you have straight links, the accepted answer needs to be modified slightly. This is how:

Your straight links are probably implemented with line, they need to be converted into polyline. Like so:

Then we have to encode the polyline according to this example, so your original code that encodes the line:

Credits to @Phrogz for showing the way.