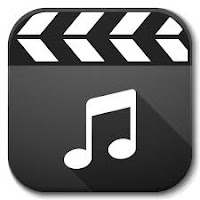 3GP is a multimedia container format that is described by 3GPP and is mainly used on mobile phones. Up-to-date smartphones don’t use 3GP anymore but usually, use MP4.

MP4 is a compressed video format, which became successful because of its high quality and small size. It’s a portable video format.
The main disparity between the two is that 3GP is usually used on older phones, where MP4 is not supported. In most cases, you’ll use MP4 today, as the large video sites like YouTube are helping it.
3GP was a format requirement for third-generation (3G) mobile phones. It’s an initial version of MPEG-4 named h.263 and the file format itself is quite similar to later extensions to the MPEG-4 standard.
Convert videos to 3gp
Step 1: You can use rapcoverter for Free MP4 to 3GP Video Converter.
Step 2: Add MP4 video to this MP4 to 3GP Converter. Easily click Add Video button to import the mp4 video files from your hard drive.
Step 3: Take the output video format as 3GP. …
Step 4: Start MP4 to 3GP resolution.